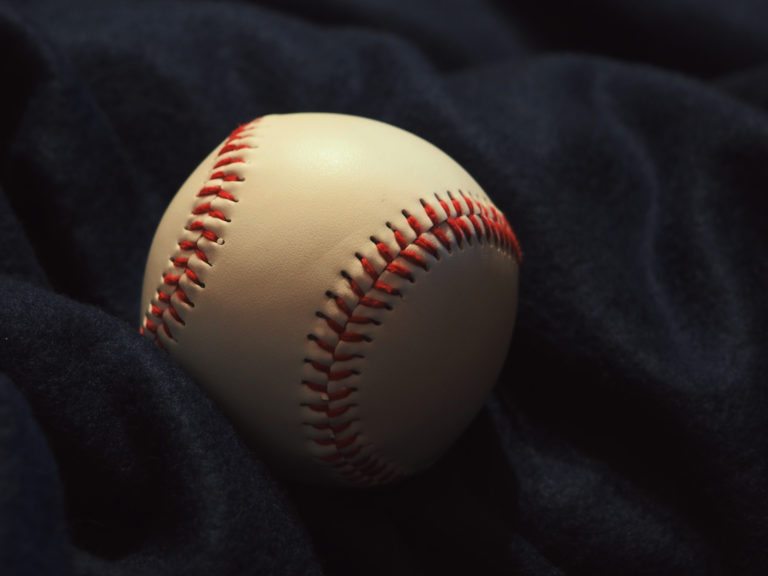 Eighty-two-year-old Giants great Orlando Cepeda filed a lawsuit against his daughter-in-law Camille Cepeda alleging elder financial abuse, fraud and infliction of emotional distress, as reported in the article “Giants great Orlando Cepeda denies having dementia, sues daughter-in-law for fraud” from the San Francisco Chronicle. He also accused her of negligence in handling his finances, after giving her power of attorney in 2018.

Cepeda accuses Camille of spending his money on personal expenses, including lease payments on a $62,000 Lexus, a Louis Vuitton handbag, expensive wine and taking out at least $24,000 in cash from his accounts. It also claims that she has placed all of his baseball memorabilia in a storage locker and will not give him the key or the location of the locker. That includes his National League Most Valuable Player trophy, which he wants back.

This is the latest news from a dispute that began after the Hall of Famer married his second wife, Nydia. They had two of Cepeda’s four sons, including Ali Cepeda, who is married to Camille. The parents are now not speaking to their son, and some of the brothers, four in total, have taken sides and are not speaking to each other.

Cepeda granted his daughter-in-law power of attorney in April 2018, two months after he suffered a heart attack and irreversible brain damage caused by oxygen deprivation. She was to have access to his accounts and pay his bills. Before the heart attack, she had handled his financial and business affairs.

On May 29, Camille filed a petition with the court seeking conservatorship of Cepeda, stating that he has dementia and cannot make his own financial decisions. Two of Cepeda’s sons, including Camille’s husband Ali, filed papers supporting her petition.

In Cepeda’s response, he cited two neuropsychological reports, including one done in May, that declared that he was fit to make his own medical decisions and understands all but the most complex financial issues. Cepeda says that his daughter-in-law filed for conservatorship to cover up the fraud that he is alleging in the lawsuit. He says that he does not need a conservator, and if anyone should have that role, it would be his wife Nydia.

The lawsuit filed by Cepeda offers a glimpse into why he believes she wants conservatorship, saying he doesn’t have the capacity to understand the nature and consequences of his remarriage, nor his decision to remove Camille as power of attorney and grant it to Nydia.

The suit alleges that Camille was opposed to the marriage from the start and even suggested they stage a fake ceremony that would not be legally sanctioned.

Cepeda’s lawsuit seeks damages, legal fees and demands that Camille return his memorabilia and all financial records she has allegedly refused to provide to account for how she handed his money. The suit also cites a $62,000 withdrawal to pay Cepeda’s tax bill, which was not actually paid. The filing says she was negotiating with the IRS, but she will not provide the documentation that he needs to settle with the government. Nor did she pay a medical bill for $6,800, although she did cash a check from the insurance company that was sent to pay for it.

Cepeda remains hopeful that the entire matter may be settled, before the case returns to court.

“It’s very painful,” Cepeda told a reporter. “I love my family. I love my kids. But this is life. You have to do what you have to do.” 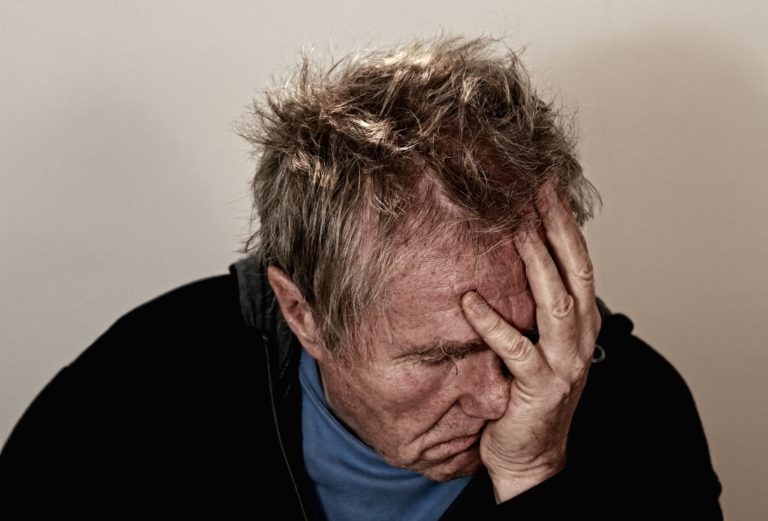 Can Bad Thoughts Bring on Dementia?

Medical News Today reported in its recent article entitled “Link between dementia and repetitive negative thinking identified” that this study was published in the journal Alzheimer’s & Dementia. The study set forth the foundation for future research to consider how the link may function, and if psychological therapies that treat RNT can inhibit Alzheimer’s and other dementias.

The CDC explains that dementia is a term that represents a variety of diseases characterized by cognitive decline, which includes trouble remembering, thinking or making decisions that adversely affect a person’s everyday life.

Prior research has suggested that psychological factors, like depression and anxiety, may also have a connection to Alzheimer’s. This has led researchers to develop the concept of cognitive debt as a risk factor for Alzheimer’s disease, which they believe is acquired by RNT. A large part of RNT are processes of rumination — repeatedly thinking about the past — and worry, being concerned about the future.

The research examined the participants’ RNT, depression, anxiety and cognitive decline levels for up to four years. They also measured the levels of tau and amyloid proteins in the brains of 113 of the participants. Scientists think that the buildup of these structures is key to the development of Alzheimer’s.

The authors of the new research discovered that the higher a person’s RNT, the faster their cognitive decline. They also found these people were more likely to have significant deposits of tau and amyloid proteins. However, although the research found a link between depression and anxiety and cognitive decline, they did not find a connection between depression and anxiety and the buildup of tau and amyloid proteins.

According to the lead author of the study Dr. Natalie Marchant of University College, London, United Kingdom, “[d]epression and anxiety in mid-life and old age are already known to be risk factors for dementia. Here, we found that certain thinking patterns implicated in depression and anxiety could be an underlying reason why people with those disorders are more likely to develop dementia.

“Taken alongside other studies that link depression and anxiety with dementia risk, we expect that chronic negative thinking patterns over a long period of time could increase the risk of dementia. We do not think the evidence suggests that short-term setbacks would increase one’s risk of dementia.

“We hope that our findings could be used to develop strategies to lower people’s risk of dementia, by helping them to reduce their negative thinking patterns.”

The study’s authors say that it’s probable that RNT contributes to Alzheimer’s in some way, possibly elevating an individual’s stress levels. However, they couldn’t discount the possibility that early signs of Alzheimer’s could lead to RNT. 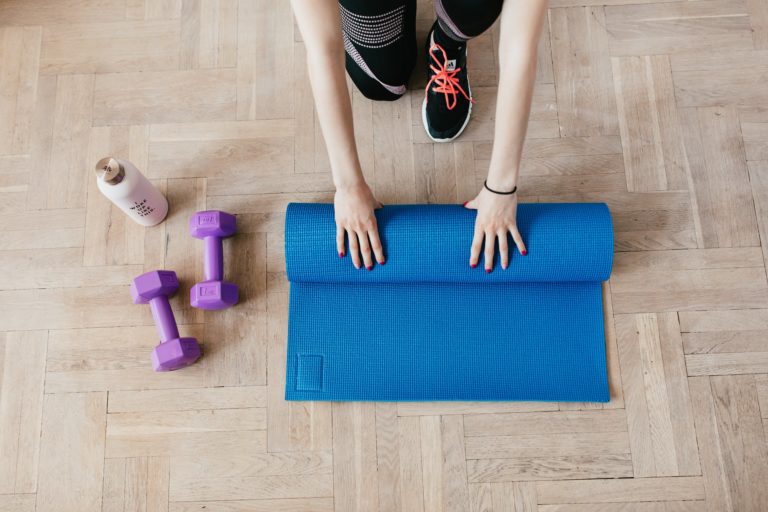 Can Exercise Help with Dementia?

A new study shows that even when your memory starts to fade, you can still do something about it by adding aerobic exercise to your lifestyle, reports News Atlas’ recent article entitled “Aerobic exercise shown to improve memory in those at risk of dementia.”

The study concentrated on the long-term changes to cerebral blood flow that comes from aerobic exercise in patients already presenting with age-related mild cognitive impairment. Thirty subjects with an average age of 66 who did not regularly exercise but had signs of memory impairment were divided into two groups.

One group was asked to do several aerobic exercise sessions each week for 12 months, and the other group performed stretch and balance sessions aimed at strengthening their upper and lower body while keeping heart rates low. MRI scans calculated cerebral blood flow in all participants at the beginning and end of the year-long study.

After a year, the aerobic exercise group showed increased cerebral blood flow to the anterior cingulate cortex and adjacent prefrontal cortex, relative to the stretching group. Memory tests conducted at the start and end of the study also showed a 47% improvement in the aerobic group, while the stretching group had only minimal improvements. The study suggests a direct correlation between improvement on the memory test scores and increases in cerebral blood flow to these key areas of the brain.

While the number of people studied was small, the results are consistent with a large volume of prior research affirming the value of exercise in maintaining cognitive abilities in older age. Aerobic exercise appears to confer the greatest cognitive protections, especially in those most at risk of Alzheimer’s disease.

The researchers note that the group of patients that were recruited in the study all reported little to no regular exercise prior to the trial. The novelty of this particular trial is that it offers signs that aerobic exercise can confer cognitive benefits, even when started at an advanced age, after memory decline has already started, and those cognitive benefits may be mediated specifically by improved blood flow to specific regions of the brain.

The study was published in The Journal of Alzheimer’s Disease.

Reference: News Atlas (May 24, 2020) “Aerobic exercise shown to improve memory in those at risk of dementia”

Can Bad Thoughts Bring on Dementia?

Can Exercise Help with Dementia?