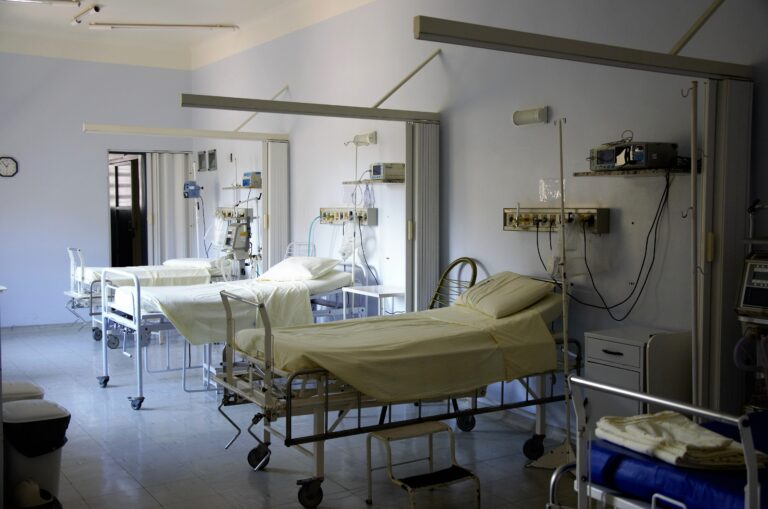 In addition to closing or overhauling 35 VA medical centers, 14 new major VA hospitals would be built along with 140 multi-specialty community-based outpatient clinics, reports The Military Times’ recent article entitled “Dozens of VA medical centers slated for closure, total rebuilds under new infrastructure plan.” The plan in total would add 80 new medical buildings to the VA’s existing inventory of more than 1,200 across the country.

The proposals represent a massive overhaul of VA’s footprint in the U.S. in the near future, which may affect millions of veterans seeking medical care and hundreds of thousands of VA employees. However, the plan must also get approval from both an independent commission of veterans advocates and Congress before moving ahead, leaving any potential changes years away.

VA Secretary Denis McDonough said the changes are a critical rethinking of where VA facilities are located and how the department delivers care to vets.

“We will be shifting toward new infrastructure or different infrastructure that accounts for how healthcare has changed, matches the needs of that market and strengthens our research and education missions,” he said. “Most of all, we’ll ensure that veterans who live in [any] location have access to the world-class care they need when they need it.”

Congress mandated a reassessment of VA’s nationwide infrastructure in 2018 as part of a review styled after the military base closing rounds of the 1980s and 1990s. Under the plan suggested by McDonough, 17 medical centers in 12 states would be completely closed. They include three sites in New York state (Castle Point, Manhattan and Brooklyn), and two sites each in Pennsylvania (Philadelphia and Coastesville), Virginia (Hampton and Salem) and South Dakota (Fort Meade and Hot Springs). Other facilities recommended for closure are:

Seven of the 17 sites recommended for closing are located in the northeast, where the number of veterans (and the overall population) has declined in recent decades. Services at those sites would be replaced by smaller inpatient and outpatient clinics to be added in those areas, or by construction of new VA medical centers in nearby communities.

The plan calls for the construction of two new major medical sites in Virginia (Newport News and Norfolk) and Georgia (Macon and Gwinnett County), as well as a new New Jersey facility in Camden to offset the loss of some of the New York sites. The new construction list includes:

A total of 18 medical centers would be rebuilt, either on their existing land or at a nearby new location. Three New York state centers are on that list (Albany, Buffalo and St. Albans), as are several other major metropolitan areas: Miami, Atlanta, Phoenix, Indianapolis, San Antonio and Washington, D.C. Other replacement sites include:

McDonough stated that the plan will not displace any VA workers or patients in the short-term. Efforts will also be made to minimize disruptions over the long-term. The plan also calls for many improvements to VA staff pay and benefits as a way to strengthen retention efforts, and improving care throughout the system.

The full recommendations would cost about $98 billion more over the next 30 years than simply maintaining the department’s current infrastructure, and about $41 billion more than modernization efforts projected to be needed over that time frame. 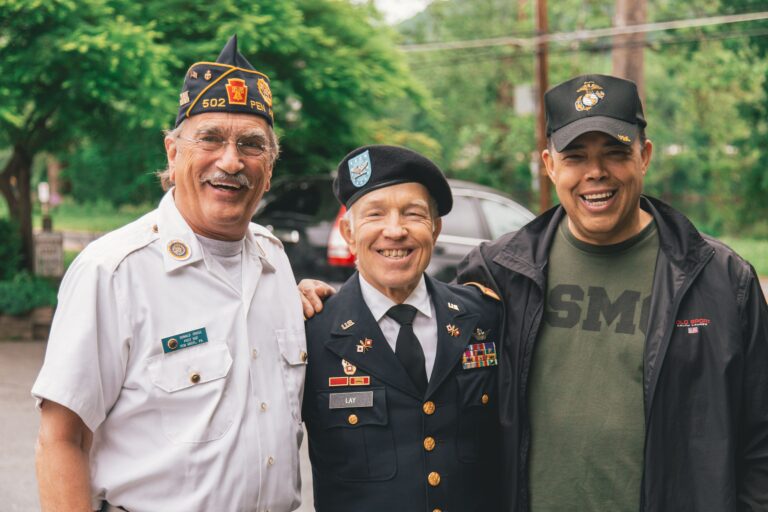 What Does New VA Budget Include for Veterans?

Even with many years of significant budget increases, the Department of Veterans Affairs will need billions more in funding in fiscal 2023 to keep pace with the health care and support services needs of veterans and their families, according to a new report released by advocacy groups.

Advocates say the administration’s plan for fiscal 2021 falls about $4 billion short of the needs of America’s veterans. In fiscal 2001, the entire VA budget totaled about $45 billion. By fiscal 2011, it was about $125 billion, almost triple that total. Ten years later, in 2021, the department’s budget was nearly double that again, at $245 billion.

The White House budget request for fiscal 2022 — which began last October — was $270 billion. Lawmakers have not yet approved a full-year budget for the VA, but are expected to advance discussion on that issue in coming weeks. The administration’s fiscal 2023 budget plan for VA is also expected to be released sometime next month.

Authors of the Independent Budget said their requests for more VA money next year are not wishful thinking but a real assessment of the challenges ahead for the department.

“As we enter into 2022, COVID’s impact remains a challenge for VA, with the spread of the virus and disruptions to health care systems continuing,” said Randy Reese, executive director of DAV’s Washington Headquarters. “In this environment, we made cautious recommendations based on historical trends to ensure the needs of our nation’s ill and injured veterans are met.”

Under the Independent Budget plan, VA officials would see a $1.8 billion uptick to health programs to “close the gap in clinical care” at department medical centers.

“The lack of adequate health care staffing has been a major driver of longer waiting times for veterans seeking VA care, and ultimately has the effect of suppressing the true level of veterans’ demand for care,” the report states. “It also forces many veterans who would prefer to receive their care from VA providers into community care providers.” 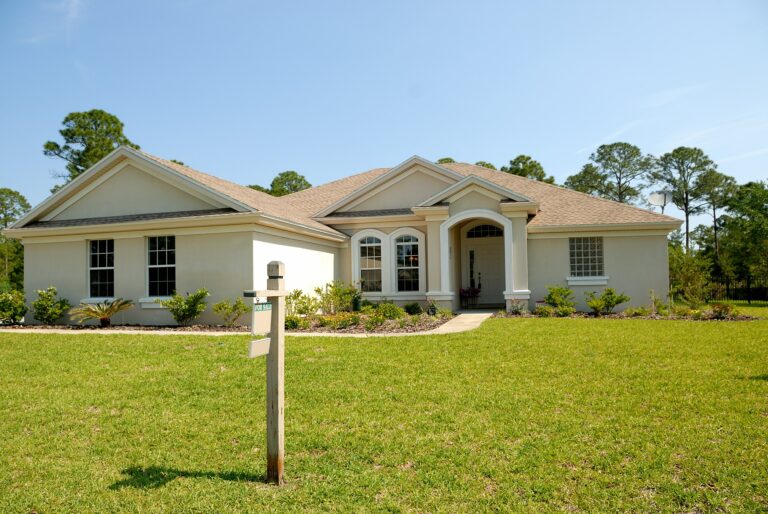 How to Get Top Dollar for Home when You Downsize

You don’t need to plan on a lengthy renovation to sell your home and downsize. Smaller investments can help your windfall just as effectively. As most of us look at properties first from a laptop or smartphone, pictures are key. Even before the pandemic, 70% of house hunters toured the inside of a home online, according to a 2019 report from the National Association of Realtors.

To attract buyers and maximize your home’s sales price, Kiplinger’s recent article entitled “7 Essential Steps to Getting Your House Ready to Sell” provides seven tips, including a new way to stage a space in the digital age.

Release Your Sentiment. To sell your home, get over your emotional attachment and think of your home as a product. Just because you love your home’s brightly painted accent wall or bold, patterned wallpaper doesn’t mean a buyer will find it attractive. Look at the space as a buyer would — with a critical eye — to spot what needs to be changed or upgraded.

Depersonalize. Homebuyers like to picture themselves living in the home with their furnishings, so store your family photos and remove pictures from the walls and mantels.

Declutter. Downsizing your belongings helps your house demand a higher selling price. The less stuff in a room, the bigger it looks. You can hire a professional organizer, who will even call the movers and donate your giveaways.

Stage Your Home. If you need to move out of the home while it’s on the market or just want more neutral, attractive furniture to show off the rooms, staging can help.

Consider Virtual Staging. A cheaper alternative to traditional staging is to add pieces of furniture to pictures of the rooms in your house. These photographs can then be used on websites that show home listings.

Make It Brighter. Anything you can do to lighten and freshen up your home will pay dividends. Paint the outside accents of your home to increase its curb appeal. Use a product like Orange GLO to make cabinets and wood floors shine. Change light bulbs in lamps and overhead lighting for ones with a higher wattage. You can also swap out heavy window coverings with something that lets in more light, such as sheers. Light-filled rooms will energize potential buyers.

Go for Nice But Not Too Nice. If significant renovations are needed, restrict it to simpler projects, like upgrading kitchen appliances or bathroom cabinets. Don’t knock down walls to reconfigure the room’s footprint. Your improvements should be consistent with the average home prices in your area. You don’t want the nicest house on the block. If your house is in a moderate price range, go with moderately priced cabinets and appliances. If you go high-end, you’re not going to make the money back.

Reference: Kiplinger (Aug. 5, 2021) “7 Essential Steps to Getting Your House Ready to Sell”

What Does New VA Budget Include for Veterans?

How to Get Top Dollar for Home when You Downsize