Is there a Blood Test for Alzheimer’s? 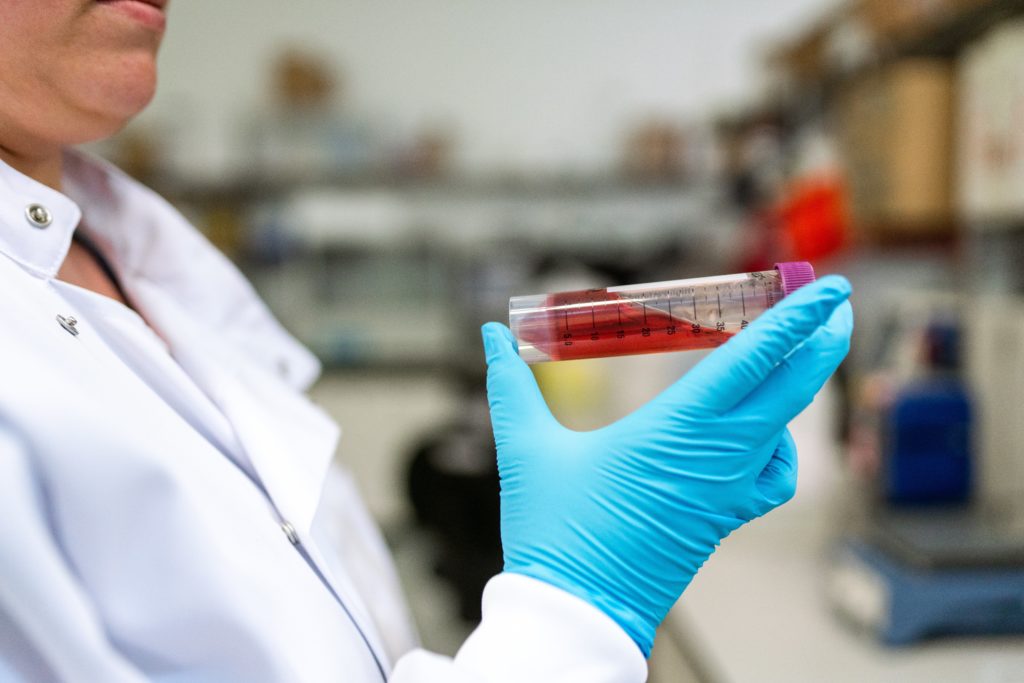 A company has started selling the first blood test to help diagnose Alzheimer’s disease, a leap for the field that could make it much easier for people to learn whether they have dementia. It also raises concern about the accuracy and impact of such life-altering news.

Independent experts are cautious of a new first blood test to help diagnose Alzheimer’s disease due to the fact that key test results haven’t been published, and the test has not been approved by the FDA. While it’s being sold under more general rules for commercial labs, they agree that a simple test that can be performed in a doctor’s office is long overdue.

NBC News’s recent article entitled “First blood test to help diagnose Alzheimer’s goes on sale” notes that more than five million people in the U.S. and millions more around the world have Alzheimer’s, the most common form of dementia. To be diagnosed with it, people will experience symptoms, such as memory loss plus evidence of a buildup of a protein in the brain called beta-amyloid.

Currently, the best way to measure beta-amyloid is a costly PET brain scan that usually is not covered by insurance. As a result, most people won’t get one and are left wondering if their problems are due to normal aging, Alzheimer’s, or another cause. However, this new blood test from C2N Diagnostics in St. Louis will try to fill that gap. The test isn’t designed for general screening or for people without symptoms. It is intended for those 60 and older, who are having thinking problems and are being evaluated for Alzheimer’s.

The test isn’t covered by insurance or Medicare, and C2N Diagnostics charges $1,250. However, it offers discounts based on income. Only a physician can order the test, and results come within 10 days. It’s sold in all but a handful of states in the U.S. and was just approved for sale in Europe.

The blood test measures two types of amyloid particles plus various forms of a protein that show if a person has a gene that increases risk for the disease. These factors are combined in a formula that includes age, and patients are given a score suggesting low, medium or high likelihood of having amyloid buildup in the brain. If the test scores the patient in the low category, it’s a good reason to look for other things besides Alzheimer’s. There are a number of things that can cause a person to be cognitively impaired, from vitamin deficiencies to medications.

The company has not published any data on the test’s accuracy, but the doctors have published on the amyloid research leading to the test. Company materials cite results comparing the test to PET brain scans, which is the current gold standard, in 686 people, ages 60-91, with cognitive impairment or dementia. If a PET scan showed amyloid buildup, the blood test also gave a high probability of that in 92% of cases and missed 8% of them, said the company’s CEO, Dr. Joel Braunstein. If the PET scan was negative, the blood test ruled out amyloid buildup 77% of the time. The other 23% got a positive result, but that doesn’t necessarily mean the blood test was wrong. The published research suggests it may see amyloid buildup before it’s noticeable on scans.

Braunstein said the company will seek FDA approval, and the agency has designated it for a faster review.

PrevPreviousWhat Happens to Credit Card Debt when Someone Dies?
NextZappos CEO had No Will and That Is a MistakeNext

Is there a Blood Test for Alzheimer’s?